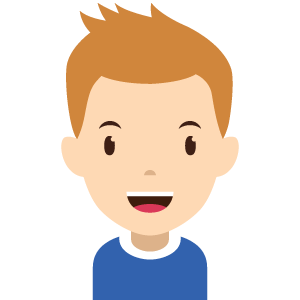 Hi, my name is Henry. I grew up in an old home and saw my parents frequently tackle projects such as rewiring the home or installing new garage doors to meet updated safety standards. As a kid, it just felt like a lot of busy activity, but as I got older and began working in real estate, I could see how essential these tasks were to owners of old homes. If you are a new homeowner with an old home, you are in for a treat, but you will also face challenges inherent with owning a home with old wiring. To help you, this blog has tips on repairing, rewiring and assessing the electricity in old homes. Thanks for reading!

Here are two situations in which homeowners could find smart home automation systems useful and should consider having them fitted by electricians.

If a home has occupants whose energy levels are low a lot of the time (because, for example, they have a health issue that saps their energy or because they're the parents of young kids and don't get enough sleep), then these people should consider arranging for an electrician to add smart home automation features to their property.

The reason for this is that smart home automation systems can reduce the number of small tasks that a person has to do throughout their day as they utilise their home's features. This is important as, for a person with very little energy, these small tasks can, collectively, result in them feeling even more drained and unable to do the other important things they want to do each day.

For instance, these smart automation systems can be connected to the showers in a home; this can allow a person who finds it hard to muster up the energy to get into the shower, to adjust its flow rate and temperature with their voice (as smart home features can usually be voice-activated), which could make this tiring but essential task slightly less draining for them.

Likewise, if this person struggles to energise themselves enough to cook a hot meal, then having a system that allows them to control their oven from their smartphone would mean that they could, for example, adjust the temperature of the food they're cooking in it, without having to get up from their seat and go into the kitchen, and could also pre-heat and switch off the oven from their devices, too.

Another situation in which a homeowner should think about getting an electrician to install a system like this is if they are extremely busy and struggle to stay organised. This type of system could make this person's life far easier. For instance, if their refrigerator is connected to their smart home system, they could check out its contents, via their smartphone, whilst they're food-shopping in the supermarket and are trying to remember what fresh ingredients they have left at home, and thus avoid buying food they don't need.

Likewise, if due to being run off their feet all the time, they are always forgetting to turn off their home's lights and are noticing that this is leading to costlier energy bills, putting in this system and using smart light bulbs would allow them to turn off the light bulbs after they're already left their home, by using an app on their phone.